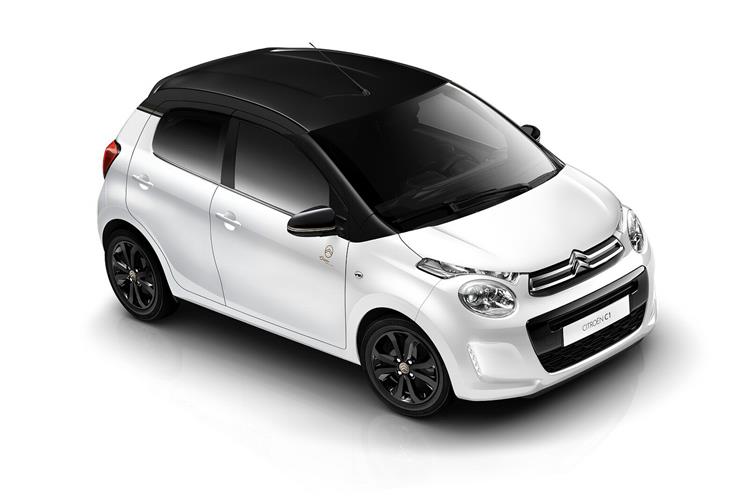 In many ways, Citroen's little second generation C1 is very different but what's remained the same is that it has stayed state of the citycar art. It's astonishing how much space the designers have crammed into so small a vehicle. Not a millimetre remains unused in the wheel-at-each-corner stance. If I was urban-bound with a tight, confined parking space outside my mews-style residence, this little French runabout might well suit me down to the ground. It looks a little smarter these days too, after significant changes that have given it a sleeker front end and more efficient running costs. As before, this car shares its underpinnings with Toyota's Aygo and Peugeot's 108.

Unlike many citycars, the C1 offers a choice of either three or five-door body styles. Packaging of course is where a car like this lives or dies. I think the designers have actually done a pretty good job with the space they had to work with but at the end of the day, you still can't fit a quart into a pintpot. The rear of the three-door car is rather claustrophobic and is really only suitable for kids and short journeys. Rear kneeroom in the five door car is little better but at least the car's beltline is a little lower, making it feel a little less hemmed in. Headroom inside the car isn't at all bad though, even for someone well over six feet tall, and the big glass area up front gives an airy feel to the cabin. Citroen tend to produce bold and exciting interiors and the C1 continues that trend. At the same time however, the design is neat and ergonomically sound. In other words, just seconds after getting in, you'll know where everything is and how to work it. If you're using the back seat, then you won't be expecting it to be very spacious, given that this car is just 3.4-metres in length and has a wheelbase unchanged over that of the diminutive original version. In fact, due to a bit of design cleverness, Citroen has actually managed to free up an extra 9mm of legroom back here. It's still not enough to make longer journeys comfortable for taller adults, but more ordinary folk will survive without too much grousing on short to medium-length trips. I might even think of cramming three kids on this bench, were it not for the fact that, rather annoyingly, there are still only two belts provided. If you do have kids, then I'd definitely go for the five-door model. Total luggage room with the rear seats in place is 196-litres, but drop the rear seats and there's over 750-litres of space. This makes the C1 a citycar that can do more than just a light shop. As you'd expect, parking at the supermarket for the weekly mission isn't going to present too many difficulties. At just 1.6m wide, the C1 can easily take advantage of those awkward spaces next to the concrete columns that are so often rejected. What's more, at just 3.4m long, you'll probably be able to access the tailgate while still tucked safely into your bay, away from errant trolleys and distracted drivers.

There is now only one engine option, a 72hp 1.0-lite VTi 72 petrol unit now capable of 68.9mpg on the combined cycle and under 100g/km of CO2 (even if you go for the auto gearbox option). With any car as small as this one, it's easy to feel threatened by larger road users. Best to remind yourself then, that the C1 is likely to have better safety systems than many a sizeable 4x4. As well as a specially developed body structure that incorporates crumple zones and impact absorbers at the front and rear, the C1 also boasts ISOFIX child seat anchor points, reinforced doors and six airbags. What's more, it's also well equipped to avoid a fender bender in the first instance with anti lock brakes with electronic brakeforce distribution and corner stability control. The little Citroen has also been designed to limit the consequences of a pedestrian impact - wise indeed for a car that will doubtless spend much of its life in the urban environment. The front end features no sharp edges and impact absorbers up front also help to limit leg injuries. There's plenty of clearance between the impact absorbing bonnet and the top of the engine which means that shock is dissipated without coming into contact with anything hard.

The range starts with the entry-level 1.0-litre variant in three-door form at just over £9,000. If you go for anything other than the base variant, bear in mind that you're verging into territory where the same money will buy you a larger Fiesta-sized runabout from the fully-fledged supermini class.

As an only car? I'd need to be a city-dweller. As a second car? Well for that, the C1 would be just about perfect.